The department is as old as the University and initially, it was known as Maintenance/Capital Works. later on, the the housing section was seperated under the Housing registrar. 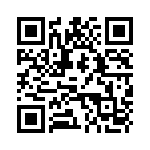